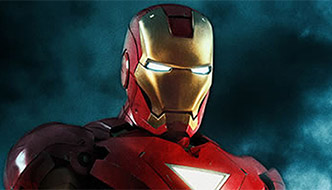 In the Iron Man films, the second of which is currently in theaters, Robert Downey, Jr. portrays Anthony Stark, a brilliant scientist, engineer and narcissistic playboy who succeeds his father as the CEO of the family business.

This business, however, is not a neighborhood hardware store; it’s a multi-billion dollar weapons manufacturer that supplies arms to governments and terrorist groups around the world.

During a Middle East trip to demonstrate his company’s weapons, Tony is injured and captured by terrorists. Tiny shrapnel from a bomb blast threaten to penetrate his heart, but he is saved by a doctor who implants an industrial-strength magnet in his chest. Tony must keep the magnet powered in order to prevent the shrapnel from moving into his heart and killing him.

Tony builds a crude, metal suit that powers the magnet and allows him to escape the terrorists. Once safely back home in America, he renounces the goals of the family business and pledges to do something more useful with his life.

He perfects another version of the metal suit, equipping it with a supersonic propulsion system, integrated wireless communications and plenty of high-tech weapons to fight the bad guys. He becomes Iron Man, a powerful force for good who succeeds in diminishing hostilities between warring nations. In Stark’s own words, he has “privatized world peace.”

Yet despite the powerful technology that protects his outside, the technology inside him is threatening his life. The mineral that powers the magnet and keeps his heart safe is slowly poisoning his body.

As I watched this movie, my mind wandered to other uses of “iron man” in our culture.

For instance, the Ironman World Championship in Hawaii is the ultimate day-long test of strength and endurance. Competitors must be proficient in three different athletic events as they first swim 2.4 miles in the Pacific Ocean, bicycle 112 miles over mountainous island roads and then finish with a 26.2 mile (full marathon) run. The winner is proclaimed Iron Man of the year.

Whew, that is a lot of exercise for one day. I can’t even find time for a long walk around the neighborhood.

My friend Adele tells me that I need to make time for exercise. “Thirty to sixty minutes a day, four days a week – that’s all you need for a healthy heart and a long life with your family.” I don’t doubt her advice. She’s a nurse who practices what she preaches – she works out most days at the gym.

But I wonder why I can’t exercise on a regular basis. It’s not ignorance – I know the health benefits of regular exercise. It’s not laziness – between work, writing and singing at church, I stay busy. I suppose it’s a matter of commitment – focusing only on the activities that are vital to one’s health and well being: activities like exercising, praying, thanking God for my blessings, honoring my wife, loving my family, lifting up others with my words and deeds.

It’s not easy to do this day after day. These activities, though very meaningful, become very familiar, mundane and sometimes even boring. It’s also difficult to focus on them in today’s culture when advertisements constantly interrupt my day and try to sell me something new. “New is better!” the ads proclaim.

I don’t need anything new. Everything I need that is good and wholesome is already within my reach. I just need to remind myself what’s most important and concentrate on the present.

Legendary coach John Wooden motivated his players with innumerable life lessons that also applied to the game of basketball. “Do not let what you cannot do interfere with what you can,” he once said.

Coach Wooden was preceded in death by his beloved wife Nell. The day he died, he reportedly asked his son to give him a shave. Asked why, he replied “I always shave before I see Nell.” He was an Iron Man in so many ways.

Baseball’s Lou Gehrig and Cal Ripken, Jr. are two more enduring examples. They never stayed home sick; they never took a “mental health day.” They played in every game over fourteen seasons, with Cal finishing his streak in the seventeenth season. They played their entire career with just one team, never leaving one to play with another. They were baseball’s Iron Men.

Where did they find the strength to play on, day after day? Where do we find our daily bread to nourish our souls and keep us strong in our relationships and responsibilities?

C.S. Lewis wrote that “Man is like a tin soldier who can only be brought to real life, bit by bit, by the presence of Christ.”

We find that presence in the Eucharist. At Mass we pray for blessings from the Holy Trinity so that we may live strong in our faith and along our daily walk in this world.

Even Tony Stark needed help. With newly-discovered information from his father, Tony created a new, three-sided substance with unlimited power. Once he placed it near his human heart, he was no longer in mortal danger.

If it was only that easy. Live strong, iron men.

Aragorn’s long, hard journey a lesson for all

Gollum & Smeagol: The struggle in us all