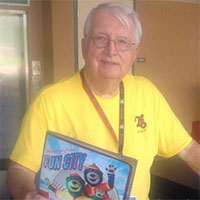 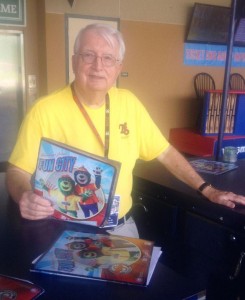 One of the benefits of singing for the teams in the Chicago Cubs’ organization is that I get to met some great people who work for these teams.

When I sang for the Tennessee Smokies, I met Wells Ford who has sold programs at Smokies Park for nine seasons.

Originally from Brooklyn, Wells and I talked about NYC baseball and how the greater New York City area supported three major league teams (Yankees, Dodgers and Giants) until the 1958 season. I’ve been to Brooklyn once, but never got to visit the area where Ebbets Field was located. I’ve never seen a ballgame in New York and would love to visit Yankee Stadium some day.

Wells talked about former Cubs pitcher Jeff Samardzija and how he was such a gentleman during the short time he pitched for the Smokies. Samadzija has been a personal hero for me because he played football for Notre Dame and baseball for the Cubs.

With 2014 being the 100th birthday of Wrigley Field, Wells and I talked about George Wills’ Wrigley book A Nice Little Place on the North Side. Linda gave me the book for my birthday and it has been a delightful read.

As we finished our conversation, we both expressed our hopes that the Ricketts Family and Theo Epstein will some day deliver a World Series Championship to all Cubs fans. What a wonderful day that will be!

Thanks Wells, it was great to meet you. Go Smokies!

P.S. Wells, sorry for the slightly blurry photo. That’s not some fancy filter that adds a warm glow to the subjects, that effect was caused by me spilling coffee and cream in the car. I didn’t realize until later that it was coating the lens on my iPhone. 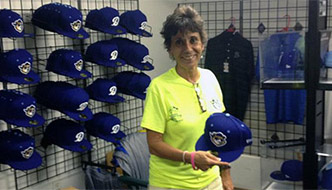 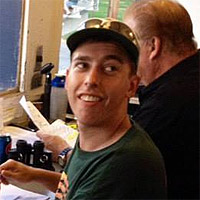