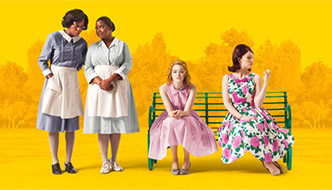 For this reel life journey, let’s travel back in time to 1963.

In Washington, D.C., President John Kennedy, our nation’s 35th president, walks downstairs from his White House residence and starts his workday in the Oval Office.

In Jackson, Mississippi, as portrayed in the movie The Help, black women in neatly ironed blue uniforms ride a city bus down the boulevard to a white neighborhood of fine homes. At their stop, they get off the bus and walk over to the houses that they keep. They enter through the back door and start their workday.

These women do much more than clean the house. They cook the meals, do the laundry and care for the children while the wives meet for social lunches or spend the afternoons gossiping and playing bridge. These women are expected to do all this work for minimal pay in deplorable working conditions.

For example, Hilly Holbrook will not allow her mother’s maid Minny to use the bathroom facilities in their house. Ms. Hilly even punches holes in the toilet paper to count and track whether Minny used any sheets.

During this era, many Southern cities, including Nashville, had separate facilities for blacks. There were “colored only” bathrooms, restaurants and even drinking fountains. The prevailing sentiment during this time held that facilities for blacks and whites could be “separate but equal,” an inherently flawed sentiment and legal doctrine that was overturned by the Civil Rights Act of 1964.

But in Jackson, Mississippi, the entrenched “Jim Crow” laws were a way of life. All that starts to change when Eugenia “Skeeter” Phelan returns home after graduating from Ole Miss. Even though she lands a local newspaper job, she yearns for a publishing job in New York. She begins to write a book about “the help” to chronicle their work, their working conditions and their stories about their white employers.

This subject disturbs Skeeter, particularly because “it doesn’t bother anyone else.” However, this is a very serious and dangerous subject in Jackson; so much so that the women are afraid of losing their jobs if they tell their stories to Skeeter.

One Sunday morning, Aibileen, one of the women, listens to Preacher Green talk about courage. “Courage isn’t just about being brave,” he proclaims. “It’s about overcoming fear and daring to do what’s right for your fellow man.” Sitting in the pew, Aibileen decides to help Skeeter write the book.

Then one terrible night in Jackson, black civil rights activist Medgar Evers is murdered in his front yard. Soon thereafter, many more women come forward and tell their stories to Skeeter.

As Jackson residents read the finished book, there is outrage, bitterness and retribution. Fortunately, we also see glimpses of change in the attitudes of many women. There is new hope that any one with courage and hard work can rise above their current situation and create a much better life.

In August of 1963, Dr. Martin Luther King, Jr. stood on the steps of the Lincoln Memorial and delivered a speech that resonates to this day. His eloquent, unifying words became the foundation of the Civil Rights movement, standing resolutely in stark contrast to the vile language and delusions of superiority we see in the character of Ms. Hilly Holbrook.

“I have a dream that one day this nation will rise up and live out the true meaning of its creed: We hold these truths to be self-evident: that all men are created equal…

“And when this happens, when we allow freedom to ring, when we let it ring from every village and every hamlet, from every state and every city, we will be able to speed up that day when all of God’s children, black men and white men, Jews and Gentiles, Protestants and Catholics, will be able to join hands and sing in the words of the old Negro spiritual, ‘Free at last! Free at last! Thank God Almighty, we are free at last!’”

Fast-forward our journey to the present day in 2011.

Nearby, President Barack Obama, our nation’s 44th president, walks downstairs from his White House residence and starts his workday in the Oval Office.

In Nashville, a black woman in neatly ironed clothes drives down Belle Meade Boulevard. She turns left onto an aggregate driveway and follows it around to the carport of the house that she keeps. She enters through the back door and starts her workday.

Dr. King had a dream; I pray it is our dream as well. 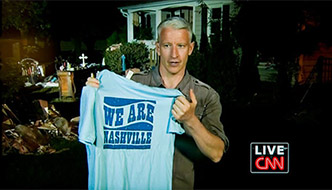 Frodo’s choice is a model for Christian life 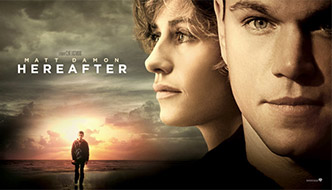 Search for life’s meaning leads us to the Hereafter