Regret is a powerful depressant.

To some degree or another, everyone has a dream of a perfect life. Our human nature motivates us to build the best life for ourselves and our family. Yet when life serves up changes that alter our dreams, do we give up or step up?

Do we let the disappointment of unrealized dreams affect the way we live our life today?

That’s the rut in which Carl Fredericksen finds himself in the animated film Up. Every morning this crotchety old widower goes through the same routine: he wakes up, eats breakfast, straightens up the house, and then sits on the porch or watches boring television programs.

All his neighbors have moved away, selling their homes years ago to a development company. Even though skyscrapers are constructed around him, Carl doesn’t change his ways. He stubbornly refuses to sells the house where he and his wife spent their wonderful years together.

As a young boy, he fancies himself an adventurer. Carl pretends that he is exploring a great unknown land, flying over high mountains, and soaring across grand canyons just like his hero Charles Muntz in the dirigible “The Spirit of Adventure.”

Carl’s dreams are intensified when he meets Ellie, a young girl with her own spirit of adventure. Ellie dreams of flying to South America and living in a house on top of Paradise Falls. Ellie’s zest for life is so infectious that Carl crosses his heart and promises to someday fly her there.

The young couple marries and sets out to make their dreams come true. They renovate their new home, work together at the zoo, take picnics and make plans to raise a family.

These plans take a wrong turn when they are told they cannot have children. In order to raise Ellie’s spirits, Carl reminds her of their plans to travel to Paradise Falls. They begin to save their money.

But just like our daily setbacks, life keeps interrupting their plans. Important, more pressing needs force Carl and Ellie to spend their savings elsewhere. Before they know it, years have passed by and they can no longer travel to Paradise Falls together. Ellie dies and Carl has to learn to live by himself.

It reminds me of my Italian grandparents, my Nonna (grandmother) and Nonno (grandfather). When Nonna passed away, Nonno seemed lost. He steadily declined during the next six months until he too passed away. It seemed to me that Nonno lost the spirit of adventure, the will to live each day to its fullest, when he found himself all alone.

Carl, on the other hand, doesn’t let his spirit of adventure die with Ellie. He decides to fulfill his promise to fly to Paradise Falls by lifting up his house, and his spirits, with thousands of helium balloons. He travels with Russell, an eight-year-old Wilderness Explorer who embodies the same spirit that Carl and Ellie had at his age. Together they meet Dug, Kevin and other strange characters in a far-off land during their own special adventure.

How do we respond to the challenges of daily life and the realization that the future we had envisioned is no longer possible? The first step, suggests Michael Joncas, is to trust in the Lord. Joncas used Psalm 91 as inspiration when he wrote the lyrics and music to “On Eagles Wings.”

You who dwell in the shelter of the Lord, who abide in His shadow for life, say to the Lord, ‘My refuge, my rock in whom I trust.’ And He will raise you up on eagle’s wings, bear you on the breath of dawn, make you to shine like the sun, and hold you in the palm of His hand.

The second step is realizing that life does not have to be filled with colorful adventures that thrill us every minute. We may have the heart of an adventurer but the also the purse of a pauper. Can we find daily peace and joy in the ordinary, mundane events of our lives?

Russell the Wilderness Exporer thinks so. He tells Carl about the special times he spent with his father, who is divorced from Russell’s mother. Russell and his father didn’t go off on vacation, to an amusement park or even to a fancy dinner. They just sat on the curb in front of the ice cream parlor, counting red and blue cars. “It was kind of boring, but those are the special moments I remember most,” Russell says one night around the campfire.

Bil Keane, creator of the comic strip Family Circus, is credited as the author of a popular saying, one that we should take to heart: “Yesterday is the past, tomorrow is the future, but today is a gift. That’s why it’s called the present.”

There is no better time to live than right now, so trust in God, live life like an adventure and everything will work out as it should. 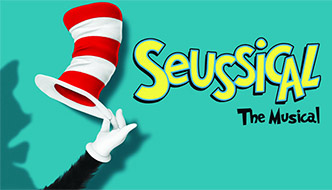 Look for deeper, faith-filled meanings in our culture 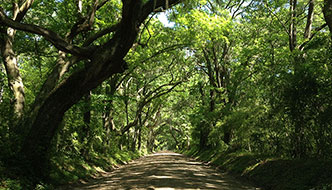 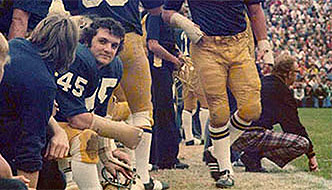