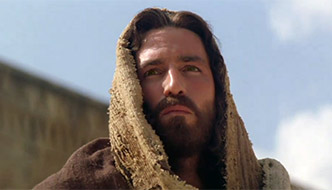 In between long drags of his cigarette, Mel Gibson asked Jim Caviezel again if he wanted to portray Jesus in Gibson’s film The Passion of the Christ, as Hollywood has a history of typecasting actors after high-profile roles.

“Absolutely,” Caviezel replied. While he joked with Gibson that he was perfect for the role (being 33 years old with the initials of JC), it was Caviezel’s strong faith that led him to the acting profession.

“I have no doubt that God put me in this business. When I was a teenager in a movie theater in my hometown, I felt this huge pain in my chest, like a voice saying, ‘Please get into this business—this is what I need for you to do.’ And I asked, ‘But who am I? I know nothing about acting. I don’t know any actors. I’ve never taken any classes,’” he said in a recent interview.

Besides, Caviezel has been able to find land other roles since The Passion andFrequency. He stars as Kainan in the upcoming Howard McCain directed filmOutlander and will work with Ray Liotta and Gerard Depardieu in the film Only in New York.

Back in Nashville last week, Caviezel took part in the second annual “A Light for the City” concert in the Schermerhorn Symphony Center. Sponsored in part by Thomas Nelson, the concert was the perfect setting for a scene from “The Word of Promise” audio bible, recently released to bookstores by Thomas Nelson.

In this 25-hour, 20-CD set, Caviezel leads an all-star cast in a state-of-the-art presentation of the New Testament. Narrated by Michael York, this multi-voiced audio drama features original scored music and movie quality sound effects set to the text of the New King James version of the Bible.

The production also includes Academy Award winners Louis Gossett, Jr. as John and Marisa Tomei as Mary Magdalene, along with John Heard as Matthew, Lou Diamond Phillips as Mark, Chris McDonald as Luke, Stacy Keach as Paul, Ernie Hudson as Peter, Kimberly Williams-Paisley as Mary the Mother of God, Richard Dreyfuss voicing quotes from Moses, and Terrence Stamp as the voice of God.

The original music for the audio bible was composed and conducted by Stefano Mainetti, one of the two composers who scored music for Sony’s “Abba Pater,” the album which blended original music with the voice and chants by Pope John Paul II.

For Caviezel, portraying Jesus in The Passion was the most physically demanding role of his career. During the course of the production, he was struck by lightning, felt the sharp barbs of the whip when twice it missed its target, and suffered hypothermia from the intense cold as he hung on the cross.

To pass the time during the tedious filming delays, Caviezel listened to music on headphones. One song in particular, Michael W. Smith’s “Above All,” helped him get through the filming of the crucifixion scenes.

He felt “rejected and alone as all those around me laughed while drinking their hot coffees, oblivious to what was occurring. Jesus must have felt like this—forsaken, rejected, alone, and despised. The song helped me pray in a very deep way—to pray without words, to pray from the heart. The discomfort, the loneliness, the split shoulder, the raw flesh all forced me into the arms of God because I had nowhere else to go for a performance I knew I was unable to create.”

Caviezel has challenged everyone from university students to priests and bishops to resist the desire for comfort, popularity, and timidity. In an interview published in the Catholic Standard & Times, the newspaper for the Archdiocese of Philadelphia, he challenged leaders to preach the unpopular gospel “in season and out of season.” He called on all Catholics to recommit to prayer, the rosary, fasting, frequenting confession and the Holy Sacrifice of the Mass.

“Our whole world is entrenched in sin. There in the quiet of our hearts a woman is calling us, each one of us, back to her Son. Jesus is there for us in the Scriptures. How often do we ignore Him? We must shake off this indifference. Only the faith and the wisdom of the Church can save us, but it requires men and women, warriors ready to risk their good names, even their very lives to stand up for the truth.”

At the closing of his speech at the Nashville concert, Caviezel gave a passionate rendition of Mel Gibson’s battle cry from the Oscar-winning Braveheart. He challenged the audience to fight for the freedom that is real—freedom from weakness and from the slavery of sin.

“You, my friends, by God, you must fight with the Holy Spirit as your shield and with Christ as your sword. May you fight with St. Michael and all the angels in defending God, in sending Lucifer and his army straight back to hell where they belong!” 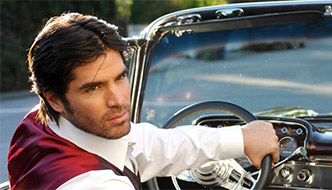 Bella explores love in the midst of the unexpected 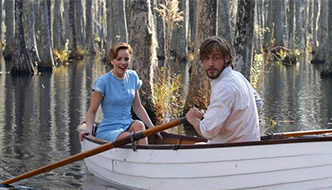