It’s been a long journey to normalcy for Harry Potter.

Some people work their whole lives to achieve fame and fortune. Harry had it thrust upon him before he was out of his playpen, but it never mattered much to him. All he really wanted was to live in a family of love.

As we are reminded in “Harry Potter and the Deathly Hallows Part 2,” in theaters now, Harry was just a small child when his parents were murdered by the evil wizard Voldemort in Godric’s Hollow on All Hallows’ Eve. Left with only vague memories and a lightning bolt scar on his forehead, Harry was sent to live with his maternal aunt Petunia, uncle Vernon Dursley and his spoiled cousin Dudley.

But they never loved Harry like a son because they considered him and his parents to be “freaks” with magical powers. Harry was treated like a second-class member of the family: his first bedroom was the cupboard under the stairs.

However, once he enrolled in Hogwart’s School of Witchcraft and Wizardry, Harry’s life began to change. No longer isolated and scorned, he was surrounded by classmates with similar talents. He began to learn what it meant to be a young wizard. He was challenged mentally and physically, and relished the freedom to grow. He made many friends, including his two best friends Ron Weasley and Hermione Granger. Most importantly, he learned the value of true friendship and love for others.

When Draco took Neville’s Remembrall, Harry flew on his broomstick to get it back.

When Harry discovered the first challenge in the Triwizard Tournament involved dragons, he shared the information with Cedric.

When the Ministry of Magic and Professor Umbridge refused to teach the students real defense against the dark arts, Harry became their teacher, motivator and leader.

Love motivated Harry to make a big decision near the end of the final film: to sacrifice his own life rather than have more of his friends killed by Voldemort. Harry went into the Forbidden Forest to face the evil wizard. He stood there without raising his wand, closed his eyes and prepared to die.

In the Old Testament (1 Kings 3:5, 7-12) we read of God’s wish to grant King Solomon any request he desires. Solomon humbly asks God for an understanding heart. God replies to Solomon, saying “Because you have asked for this―not for a long life for yourself, nor for riches, nor for the life of your enemies, but for understanding so that you may know what is right―I do as you requested.”

In the Harry Potter series, it’s Voldemort who wants everlasting life, death to his enemies and the riches of supreme power. Harry, on the other hand, is blessed with an understanding heart that guides him throughout his life.

It is Harry’s understanding heart that suggests to Cedric that they grab the Triwizard Cup together and share the honor. It’s the same heart that makes Harry’s Patronus Charm powerful enough to repel dozens of Dementors. Even in duels with Voldemort, Harry is guided by his heart to only use disarming or protection spells, not one of the Unforgiveable Curses.

The one time he used the Cruciatus Curse against Bellatrix Lestrange, shortly after she killed his godfather Sirius Black, Harry was ineffective. “Oh Harry,” said Voldemort watching the action, “you have to mean it.”

Perhaps no other moment showed Harry’s compassion than in the final film when he knelt beside Professor Snape, the recipient of several mortal wounds. For seven years, Harry had feared, questioned, mistrusted and even despised this teacher. Similarly, Severus Snape always appeared to harbor a hatred for the boy, a loathsome disgust boiling just below the surface. Yet in this moment of terrible violence, Harry felt compassion for the man. The two shared a memory of Harry’s parents that showed a level of bravery that Harry never suspected but quickly admired.

Help me, O Lord, to develop an understanding heart and use it to serve others.

At the end of the film, Harry wins the Elder Wand, the most powerful wand in the wizardry world. With this wand, his cloak of invisibility and the Resurrection Store, Harry could easily possess the three Deathly Hallows and cheat death forever. The three would make Harry invincible.

But in spite of his inheritance and status within the wizardry world, Harry Potter never wanted to live forever or in some status “above” other people. All he ever wanted was the life he lost with his parents―a normal life to share with loving friends and family. The love of his family protected Harry against Voldemort’s killing curse. His love for his friends gave him strength and clarity of purpose through all his struggles. In the end, it was the one true magic that triumphed over all. 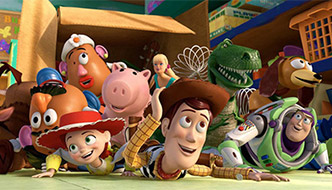 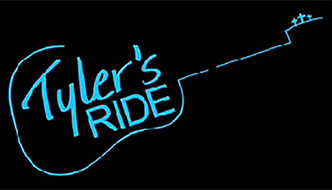 Music deepens our prayers, connects our lives to others 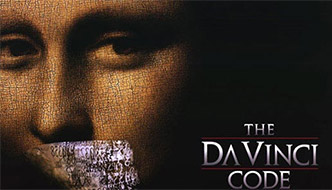 The symbols of our Church lead us to divine truths