Standing in front of Harry, encircled by the Death Eaters, Lord Voldemort says, “Shall I divulge how I truly lost my powers? It was love. When dear, sweet Lily Potter gave her life for her only son, she provided the ultimate protection.” – Scene from Harry Potter and The Goblet of Fire


The fourth Harry Potter film hit the silver screen two weeks ago, with theater seats gobbled up like so many Chocolate Frogs.

The massive ticket sales, together with the millions of books sold since 1998, makes Harry Potter and author J. K. Rowling a publishing phenomena and a big target for critics and half-baked ideas.

Chief among these ideas is that reading about Harry Potter will make magic and witchcraft more appealing to youngsters. And if young boys and girls like magic, then it’s just a short slippery slope until they fall in love with devil worshipping and join a satanic cult.

Nothing could be further from the truth. Anyone who takes the time to read the books will understand the fiction series is about love, sacrifice, friendship, loyalty, using your talents wisely and becoming the best person you can be. Since millions of youngsters are reading these books, I’m very hopeful that these values will be absorbed by future generations.

These values are further developed in the Goblet of Fire, the episode that widens the divide between good and evil and shows who belongs on each side.

On the good side we have Harry, Hermione and Ron, each experiencing teenage growing pains with emotional outbursts, racing hormones and a mixture of confusion and longing.

On the other side is the evil wizard Voldemort, who lost his corporal self when he tried to kill Harry. With the help of some loyal servants, known as Death Eaters, he regains his powers and returns to his full physical being.

That he lost his shape in the first place is the main reason why Harry Potter is known to the wizardry world as “the boy who lived.” As Voldemort explains to his followers in the film’s climatic scene, it was the power of a mother’s love that gave his body a thirteen-year sabbatical. With this ultimate sacrifice, Lily gave up her own life to save her son, a sacrifice that many parents experience, in lesser forms, every day.

Parents understand this. Rolling over to the edge of the bed so a frightened youngster can sleep in the middle – getting out of bed to get your son a drink before he falls asleep – committing to that extra day of work for a larger paycheck to make ends meet – all these sacrifices are born from love for our children.

When I was in the seminary, trying to discern my own destiny, I struggled with the two paths of fathering a family and celibacy. “Raising a family is just as important a ministry as the priesthood,” said a friend of mine. “When you love your children, you feel a little of the love that God has for all of us.”

It’s a living connection between God and my children, with my wife and I smack dab in the middle. Sometimes it’s not pleasant, as our teenagers have had their own growing pains with emotional outbursts, racing hormones and a mixture of confusion and longing. But on the whole, those relationships mean everything to me and provide a strong connection to the love of God.

But being a living example of God’s love is not just restricted to parents. Everyone is called to sacrifice one’s time, talent and treasure for the good of others. Every day is a personal “Triwizard Tournament” in which we have to navigate the maze of modern life, battle the dragons of ambition, apathy and discrimination, and keep from drowning in a sea of half truths and innuendos. The road can be very difficult at times.

But as the wise headmaster Dumbledore says to Harry at the end of the film, life is “a choice between what is right and what is easy.”

Faced with mounting political pressures from the Ministry of Magic to discredit Harry’s account of the re-emergence of the dark Lord Voldemort, Dumbledore implores the students to do what’s right and support one another in these dark times.

“All you need is love,” wrote John Lennon and Paul McCartney in 1967 in the midst of war protests, political controversies and spiritual awakenings. Some of the same situations exist today while new problems have arisen. We are constantly faced with the choice of doing what’s right and what’s easy.

The solution remains the same. All you need is love. 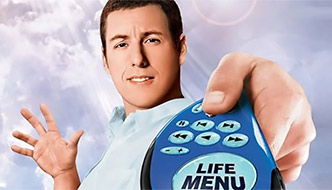 There are more memories where these came from 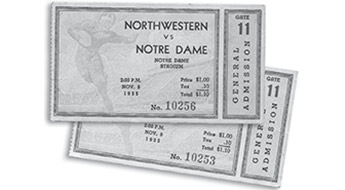 Stick together as a family, even through tough times